A look at who is kicking goals this year! 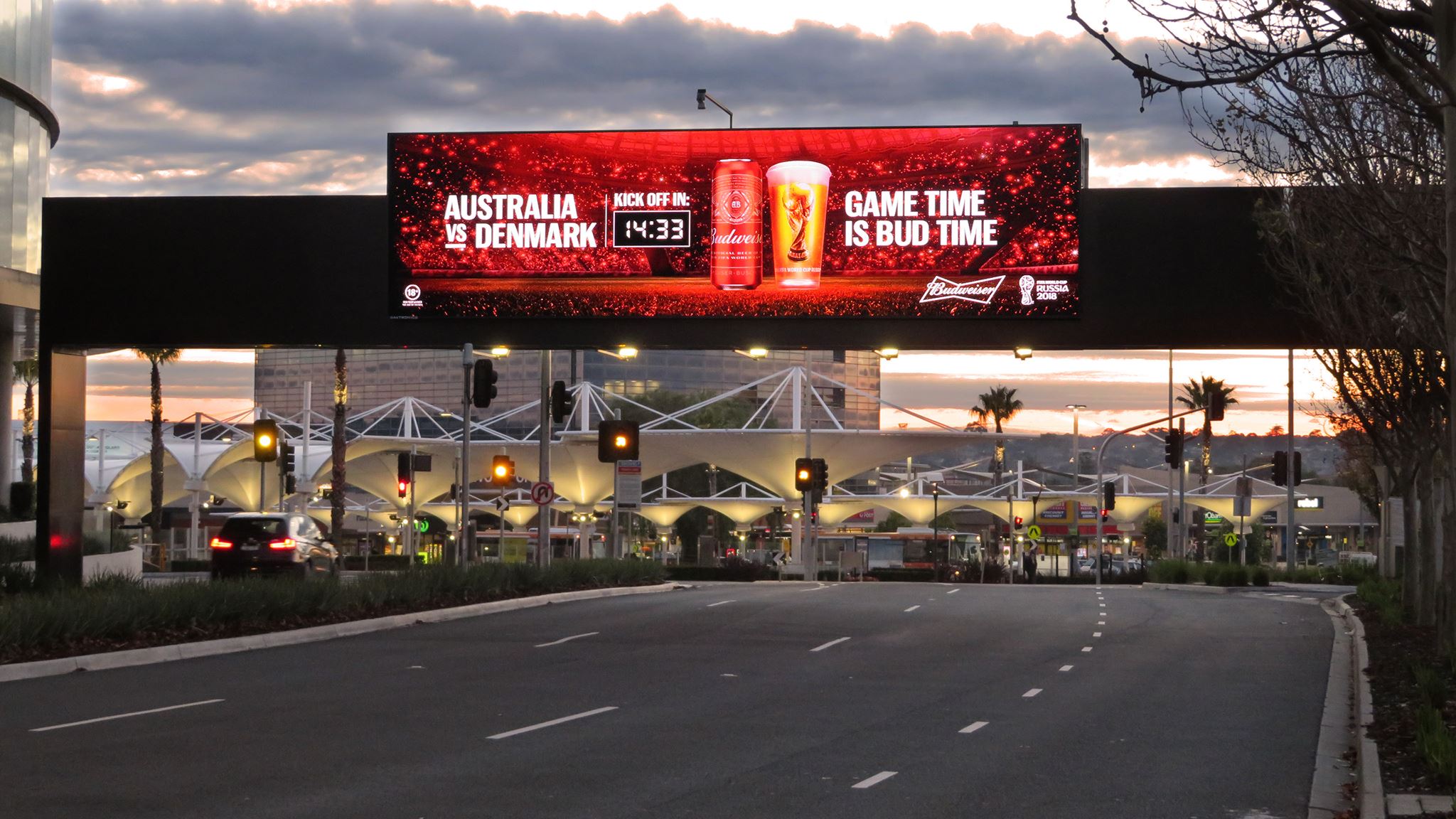 This year’s World Cup of Football has it all. Triumph. Tears. Elation. Disappointment… and that’s just the Aussie campaign for 2018. Now we are embarking on the road to glory for the final 16 it’s time to see whose been kicking the goals in the advertising world.

Let’s start with Budweiser. A serious contender in the ‘clever’ stakes with a combined outdoor, press and TV campaign ‘Light up the World Cup’ and ‘Game time is Bud time’. This was beautifully executed on the eastern seaboard with a countdown billboard for the Australian games. As we now know it was simply a countdown to crack a Bud and drown our sorrows! Enjoy the rest of the World Cup free to air on SBS (thanks Optus!), and these ads, which have over a billion dollars worth of talent on show!