Oreo dunk in the dark 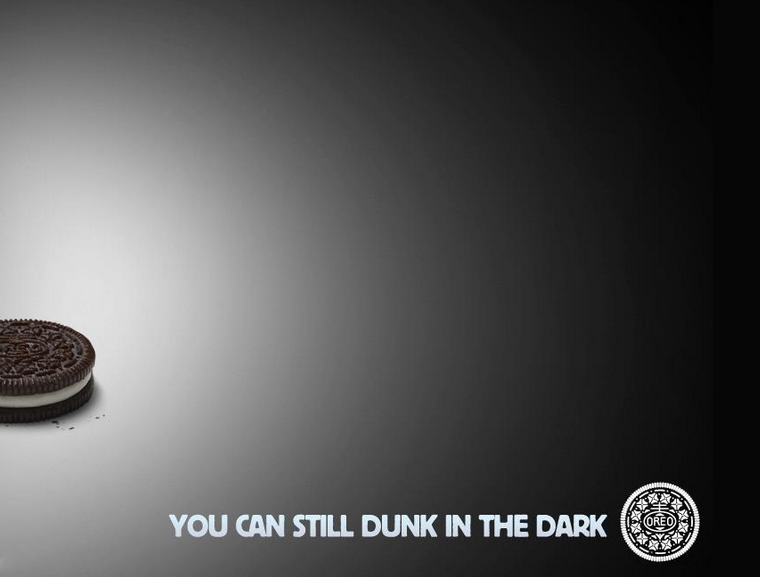 The Baltimore Ravens may be World Champions but Oreo emerged as the social media winner during the power outage at the 2013 Super Bowl in New Orleans. The 34 minute black out, during the third quarter of the game between the Baltimore Ravens and San Francisco 49ers, stopped play and left television viewers without a feed. Oreo’s Twitter feed quickly came up with a response: “Power out? No problem… with a link to the image below, “You can still dunk in the dark”. That has to be one of the fastest responses in advertising to a single event.

Now it’s time to sit back, dunk your Oreos while you watch a selection of top picks for this year’s Super Bowl ads.