A lesson for all advertisers 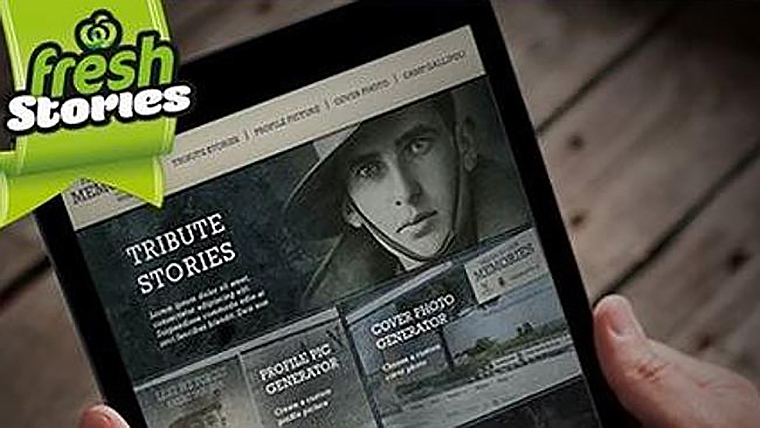 After less than a day in existence, Woolworths’ ill-starred Anzac campaign looks certain to secure its own minor place in history as one of Australia’s biggest advertising blunders. In fact, it’s hard to recall any brand dealing with a more immediately painful public response.

Past reactions to Tourism Australia’s lost-in-translation ‘Where the Bloody Hell Are You’ of 2006, and‘#QantasLuxury’ 2011, failed to draw such large-scale ire. Nor, of course, were they forced shut to avoid a $50,000 fine.

Yet the $39.2 billion supermarket giant would have come to the formulation and rollout of its campaign with acute awareness of success in a similarly-themed advertisement less than six months prior.

How did one supermarket get it so right, and the other so wrong?

Seemingly, Woolworths paid little attention to the Sainsbury’s lessons, beyond the potency of tapping WW1 commemorations already omnipresent in the public sphere. Had it watched more closely, Woolworths might have learned what Sainsbury’s already knew.

‘Christmas is for sharing’ portrayed an imagined encounter between two young soldiers, English and German, during the historic Christmas Day truce of 1914. Sensitive to perceived public ownership of these events, the imaginary aspect allowed a little distance between real events and corporate branding. Yet Sainsbury’s paid scrupulous attention to historic details, hiring a military historian to work on the production and ensuring correct representation of uniforms, trenches and so on.

By contrast, Woolworths failed to provide enough depth of historical context to allow its photographs to breathe their own narrative. Where Sainsbury’s consulted with the Royal British Legion throughout its project, Woolworths’ lack of permission to use the Anzac logo destroyed the basic credibility essential to any campaign.

As Sainsbury’s English character surprised his less well-supplied German doppelganger with a chocolate bar (and perhaps delivered a flip to German chain Aldi), he established the campaign’s simple, emotionally direct message: Christmas is a time to give to others. Sainsbury’s married this with a new product line of chocolate bars, pledging all profits to returned servicemen and women. (This information was thoughtfully left out of the core advertisement itself and instead communicated through alternate channels, such as in-store displays.)

Conversely, ‘Lest we forget’, is a far too strong a message to sit comfortably with another, corporate or otherwise. Importing such strong messaging can be perilous in advertising, most often guaranteed to eclipse any other branding messages.

Presumably, what Woolworths wanted to convey was honour for war veterans. Utilising the word ‘fresh’ – which in a war context can only refer to the sorrowful or macabre – muddied that intention by confusing it with a set of pre-existing messages about Woolworths’ product line. In 2015, what has war to do with the quality of fruits and vegetables?

Perhaps Woolworths’ closest link to any prior advertising campaigns was its appeal to a sort of national identity, the kind referenced in key past messages around its product origins and sourcing.

But the paradox of branding success is the necessity of remaining true to an unchanging core identity, even when repositioned in variable contexts. The tangential and superficial relationship to pre-established brand values – seeming to hinge on one confused word – made ‘Fresh in our Memories’ appear to jump out of the blue.

Where Woolworths reportedly hired ad agency Carrspace in March, Sainsbury’s had been using AMV BBDO for close to three decades. The relationship was so well-oiled that Sainsbury’s wrote no brief for its 2013 Christmas special, which won the World Retail Awards’ retail advertising campaign of the year. “That may sound surprising but AMV BBDO has been our advertising agency for almost 30 years,” the supermarket told the Institute of Practitioners in Advertising’s magazine. “They are sufficiently entwined in our business as to have an intuitive understanding about what’s needed.”

Even critics of Sainsbury’s 2014 content lauded its cinematic production qualities – including wide-screen shooting, moving Silent Night musical score, and ‘behind the scenes’ user interface – achieved through a year-long process and campaign spend estimated in the hundreds of thousands of pounds. 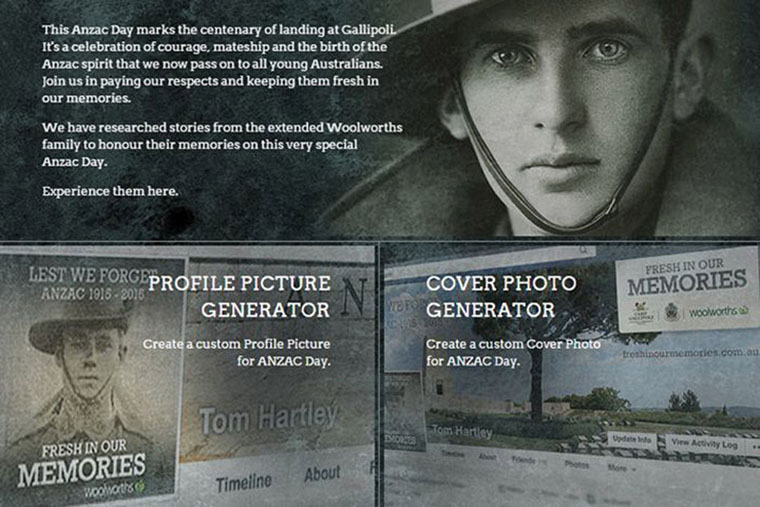 But the physical properties of Woolworths’ campaign disappointed. High-quality photographs brought some nostalgic connection, but the vintage theme failed to extend to the typeface. Use of A-frames in-store and greater prominence of Woolworths’ own slogan – in bigger type size or backing on negative space, than the Anzac slogan – conveyed an effect of cheapness unbefitting the theme.

Sadly, Woolworths’ surprise at its audience panning betrayed a gaping chasm in market research preparation. The unfortunate exposure could have been easily avoided by the most preliminary pre-testing through Twitter or Facebook messages.

Sainsbury’s chocolate bar line facilitated a practical way for the customer to participate in its advertisement’s spirit of ‘sharing’. It was a seamless way to marry shared values and behavioural goals between the supermarket and its audience. Audiences took up the offer in greater droves than expected, forcing Sainsbury’s to lift its orders of chocolate bars.

But what did Woolworths offer its customers? Its website prompted viewers to upload photos branded with the supermarket logo as their social media profiles. Nominally interactive, the exercise failed the foundational rule of social media: to give audiences ownership of content. Left unable to do so within Woolworths’ framework, customers have – excruciatingly for the retailer – taken matters into their own hands.

Our thanks to Ms A. Plum for her objective words and research.